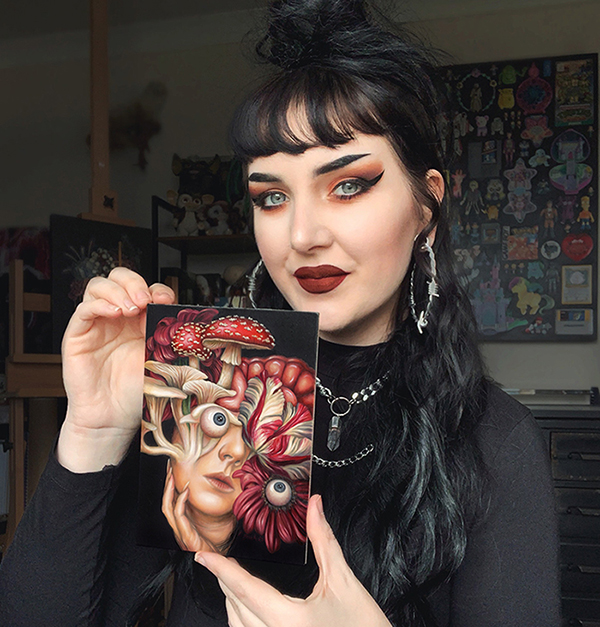 I'm a visual artist and freelance illustrator from the UK, living in rural England.

I graduated in 2012 from the University of Westminster with a First Class honours degree in illustration, and in 2016 from the Cambridge School of Art with a MA in Fine Art.

I work primarily in oil on wood, graphite on bristol board and a graphite/digital mix for my fine art; whereas my illustrations are primarily graphite and digital.​

​StatementThe unknown, whether an aspect of the physical world or a limitation of the human mind, is the main starting point for my work. Using mainly traditional media and autobiographical themes, my practice explores notions of The Uncanny, human subconscious and our relationship to death and the natural world.

My current work investigates whether death is the necessary fate of every living creature or simply a regular, but perhaps avoidable, contingency within life itself. Caught between life and death, figures discover instead a way to transform into new beings; the non-living object merges with the living, forming a sensory coexistence. Their anatomy changes and nature embraces them, they claim new adornments and identities seeking not to be afraid of their differences, owning and embracing both their strength and fragility.

Visually my work features, but is not limited to, an intricate and dark mix of flora, fauna and portraiture; creating surreal balances between life and death in an unfamiliar way and capturing a moment of anatomical transformation.